Panic! Panic! The captain has been kidnapped!!  The new cadets will need to rescue him! Developed and published by UK indie studio Inertia Game Studios, Catastronauts is an action game where cooperation is the key for success. You and up to three other friends, cadets of the Space Fleet, will engage in battles against enemy ships, in which you will need to manage the defenses of your ship, repair damaged parts and equipments and deal with space hazards in a funny party game! Now join us in the review for this game and prepare to take these lizard-like aliens out of our galaxy!

Catastronauts is an action game created to be played in local multiplayer. You and your friends will manage your ship, using weapons and defense systems, while confronting  enemy ships. At the top of the screen you have two health bars, one of your ship and the other of the enemies. Your objective is to empty their bar before your bar reaches zero by using your guns and repairing the damage caused to your ship. As you progress in the game, new mechanics (weapons, ammunition and hazards) are introduced in the gameplay, making things more and more challenging! 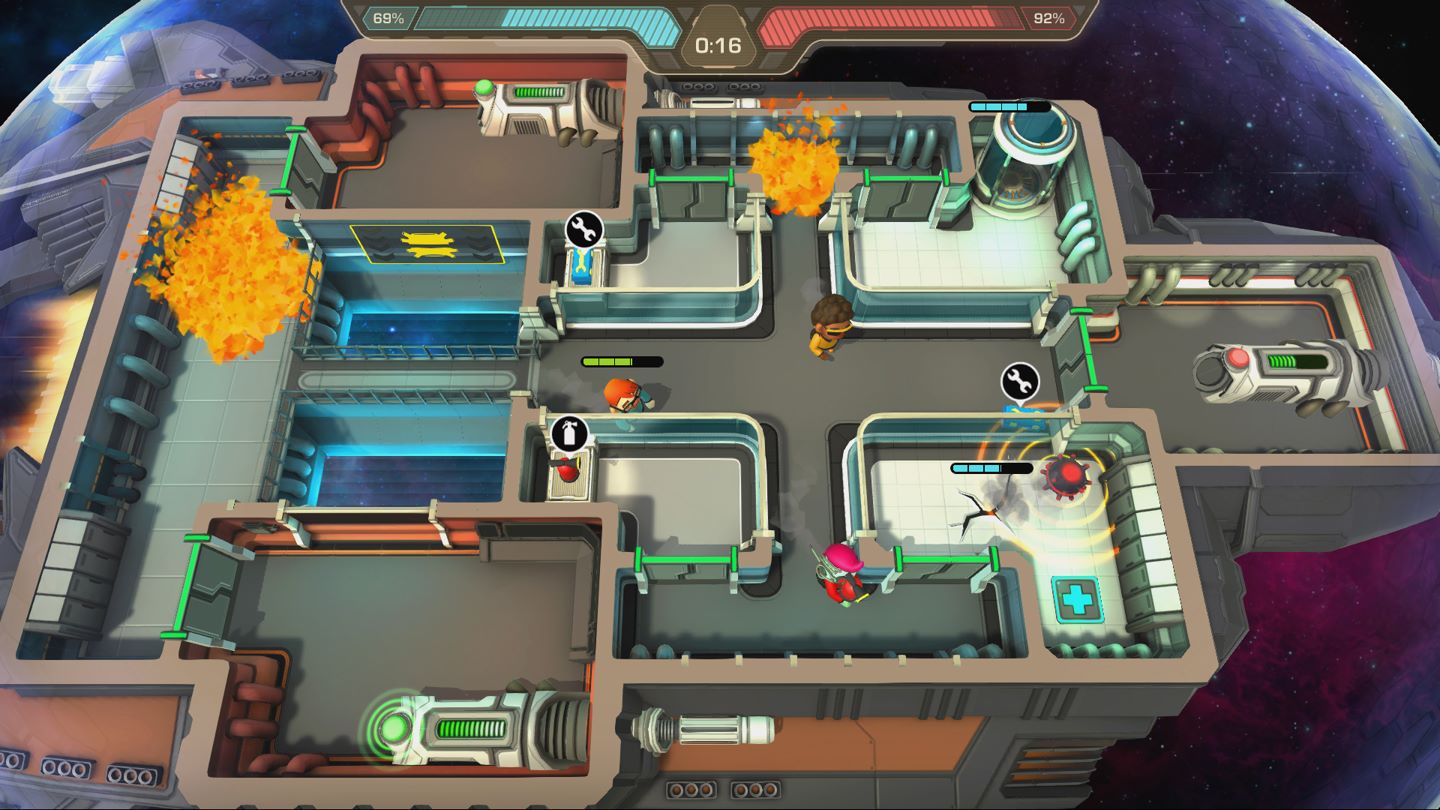 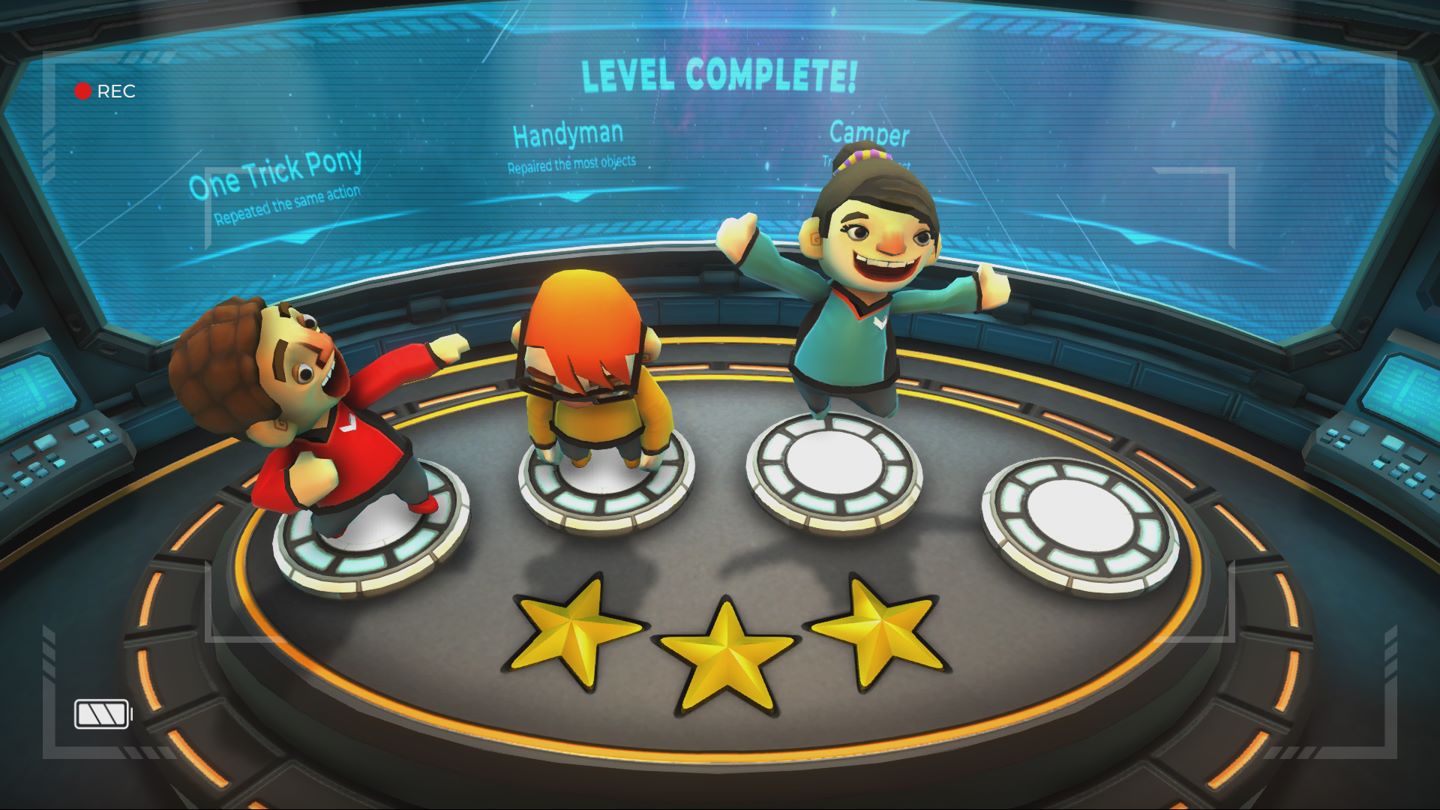 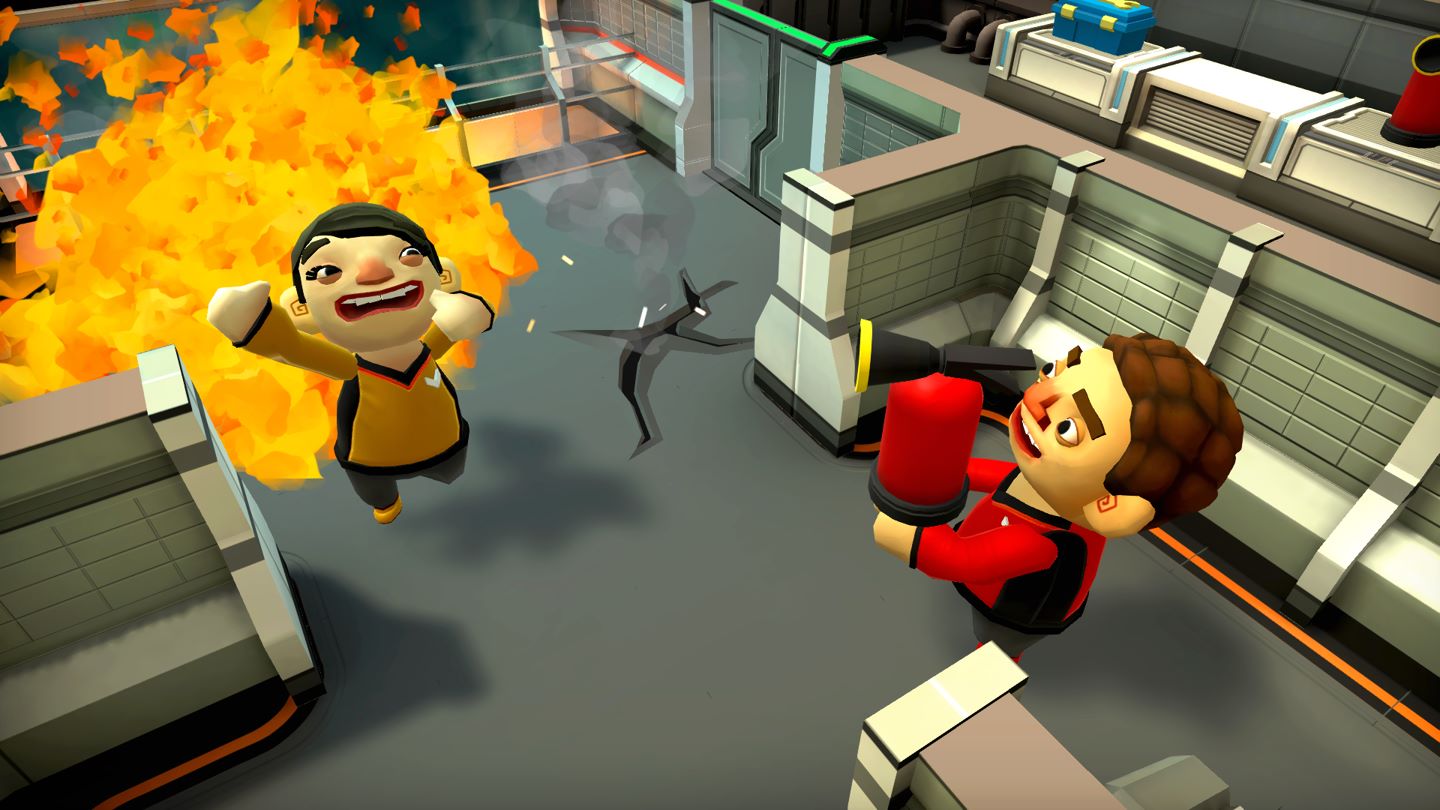 Catastronauts [score:90/100] A great idea with excellent execution, Catastronauts is a brilliant game! Challenging without being unfair. It is made to be enjoyed with friends, but you can also play all by yourself. It has a simple premise and a simple presentation, but so well made and delivered that it will make your game nights with friends exciting! Enough talking, cadet. The Space Fleet needs! Get aboard!