I like tactical shooters, I like to outsmart other players. And oh my… I like PUBG. It has been since Socom on Playstation that I had so much fun in an online game, it is truly a brilliant concept that is currently plagued by some performance issues, it is a Xbox Preview game after all, but the gameplay … the gameplay is a pure rush of adrenaline, funny moments and pure skill. Let us dive deeper into this console exclusive game for Xbox One.

Xbox’s motto perfectly fits PUBG, you literally jump in. Your first rounds will be a little confusing, the game doesn’t really hold your hand and doesn’t feature a tutorial. You select Play and choose to play alone, with a friend (Duo) or a 4 player squad. You end up with 99 other players in a barren field for 60 seconds, visually not the best start someone wants from an Xbox One game. After that minute, you are teleported into a plane that flies over the huge level. You can decide when you want to jump out, skydiving at high-speed you pick a spot to land and pray to God that not many other players had the same landing idea. 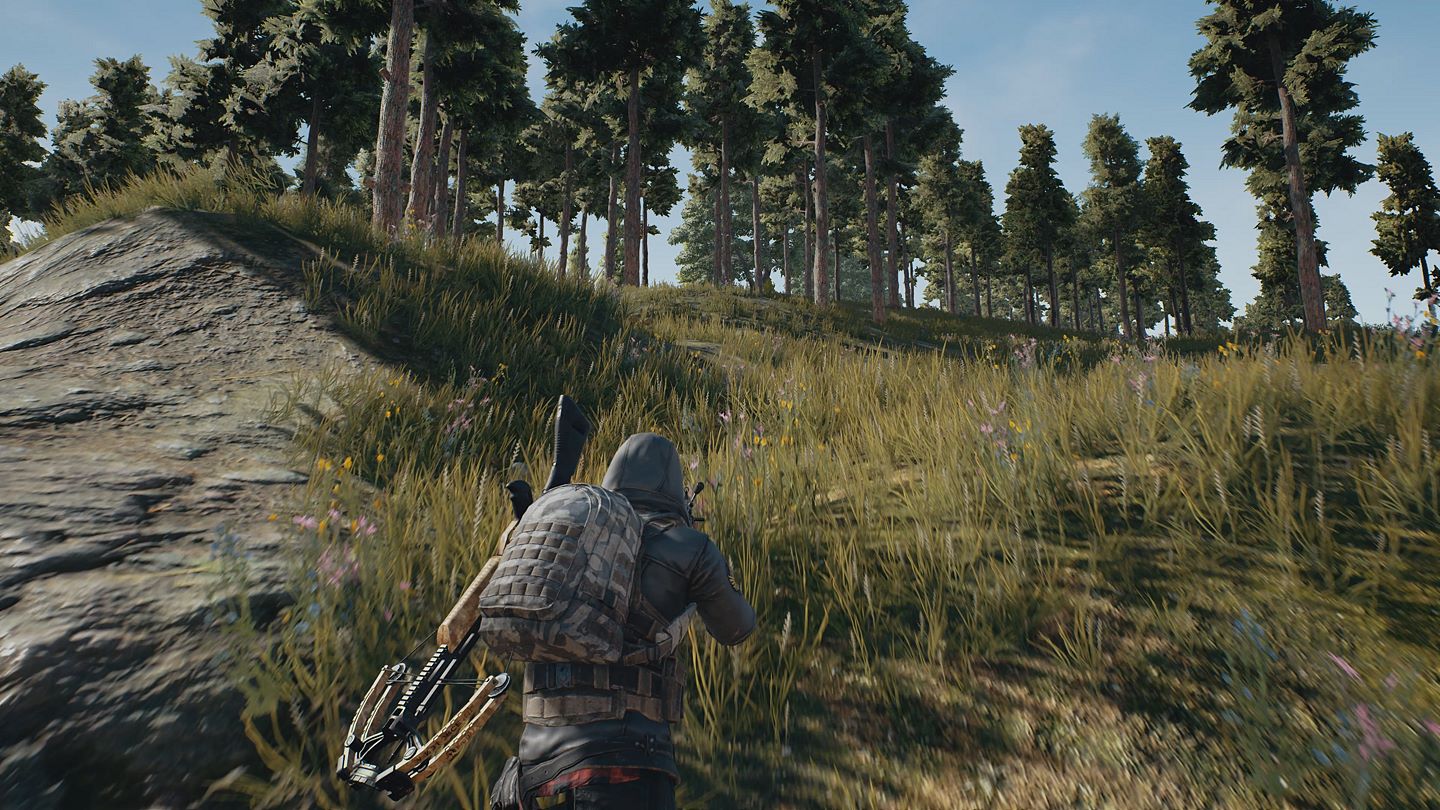 After landing on the ground finding gear is your main priority. Collecting a weapon, finding pants or a backpack to carry more items, grenades, weapon upgrades. Your survival will depend on how fast you will find a good weapon. Some luck is required too, if someone finds a shotgun fast and you end up facing him with a frying pan… yeah you have more chance winning the lotto.  From the very first boots on the ground you have this adrenaline rush that just doesn’t end until you end up dying or winning. Trust me, this is the magical power from PUBG and the reason why millions and millions of PC gamers are enjoying it. 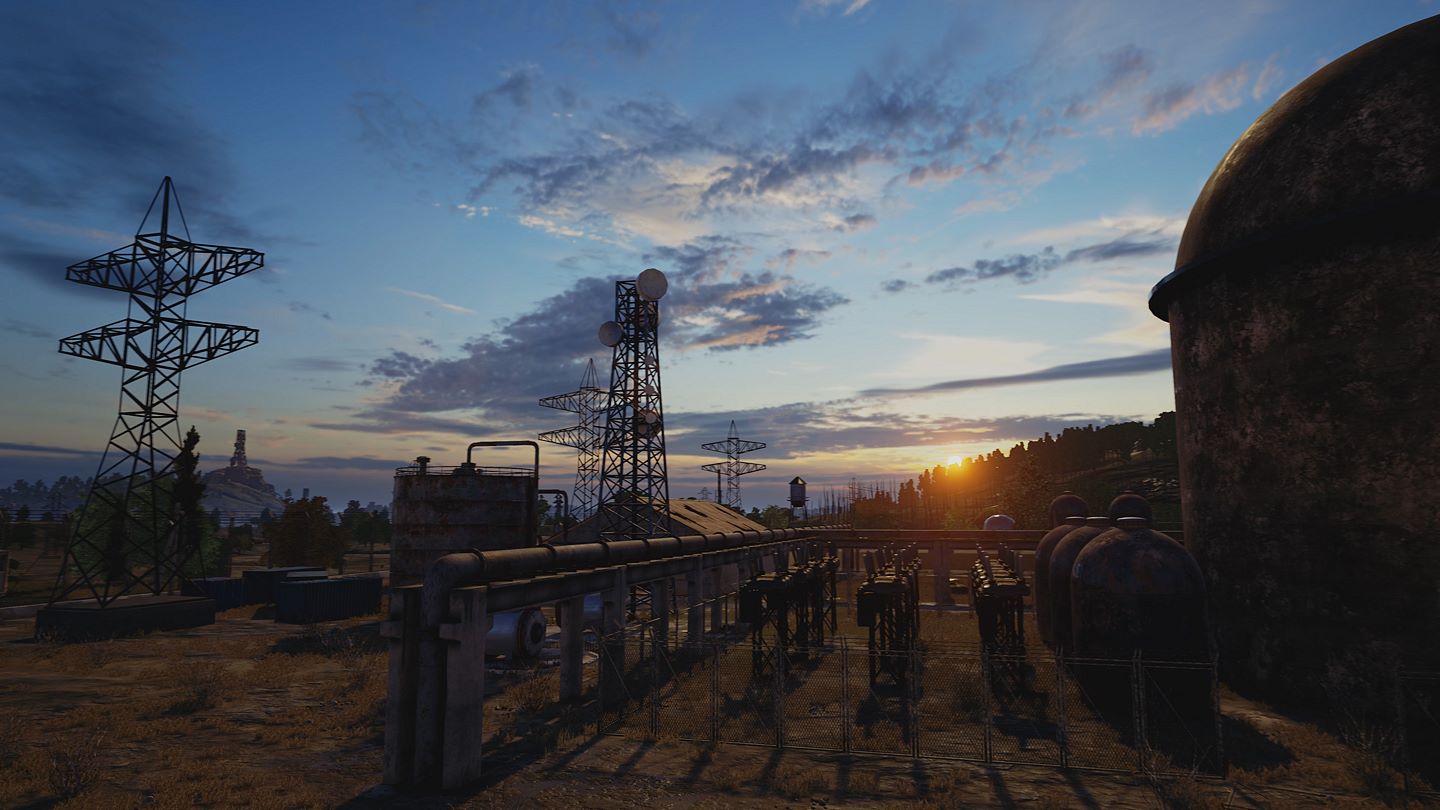 Moving around “Avoid the electric barrier”

Survived the naked moments? Great! Now you have to play smart and have a good position on the huge level. Every few minutes the level will shrink and players caught by the electric blue barrier will have some serious damage over time. Depending on your play style, players will choose to stay close to the barrier or be in the middle of it. While doing this you have to avoid red spots (artillery), keep the look out for better gear and weapons and spot the 99 (likely by now around 60-50) players. 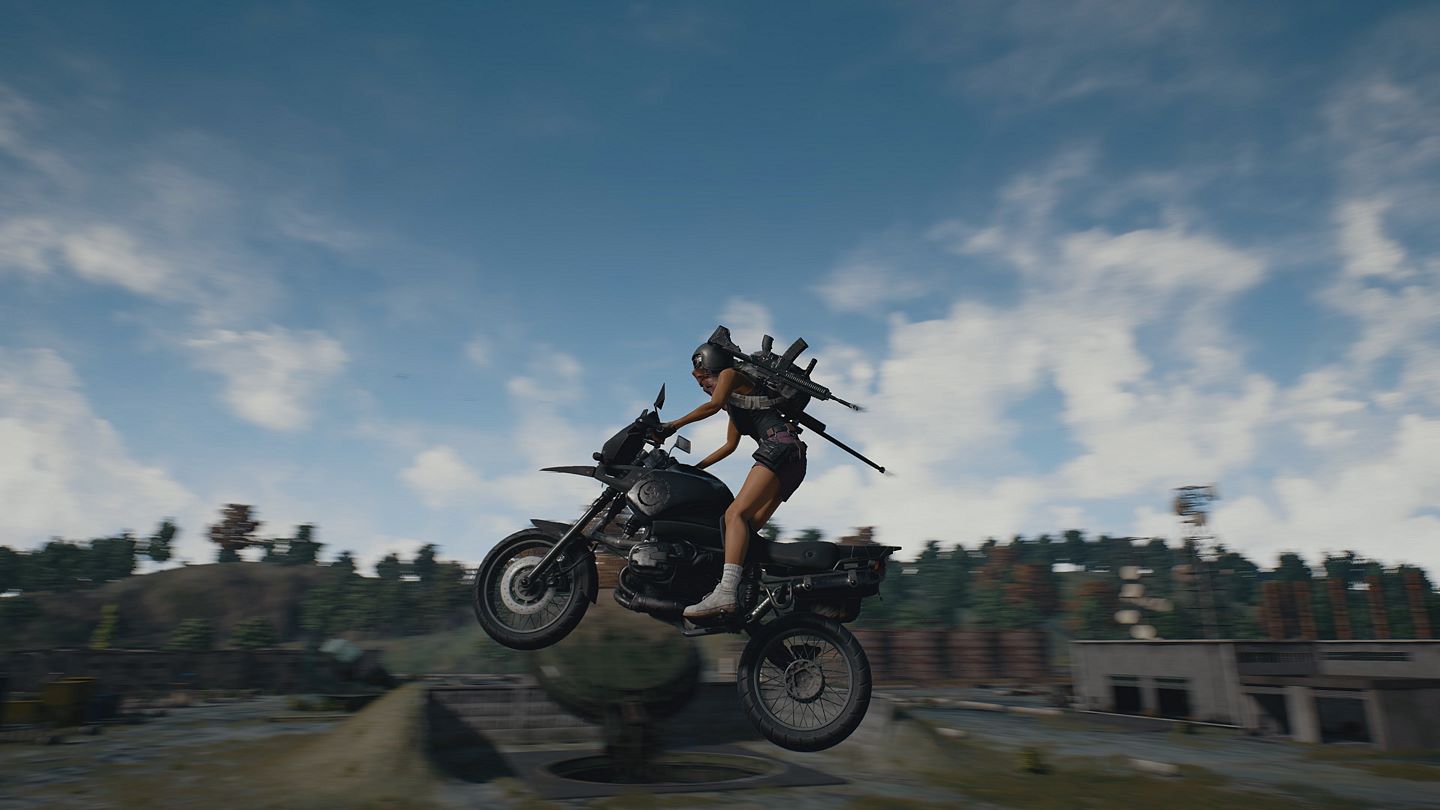 In the last 30-20 players, awesome feeling right? Now things get really interesting. The level became smaller and smaller making every movement more risky, gun fights are almost unavoidable and if you haven’t found a good weapon by now you have a serious problem. Winning against 99 players isn’t skill alone, you need some luck and everything depends on the moves other players make too. Hearing a gun fight in the distance and deciding to response or not can be the difference between victory or defeat. This isn’t some rush and shoot game, you need to outsmart your competition and play tactical.

Playing with a friend or with a squad? Teamwork is essential and PUBG has some smart navigating mechanics to help with that. Shouting out enemy locations with the useful compass is a must and trying to cover teammates is not only really fun to do, but required to make it to the end. Communication is key and not only for talking but also knowing when to shut up. Using the directional audio from PUBG can be the difference between getting shot in the back or killing another player by an ambush you set up. So don’t be afraid to say that party members need to be quiet for a moment, main task is surviving even when other player member are dead.

Performance “Remember, you are playing an Xbox Preview game”

I will be the first to say that the performance is unacceptable if this was a normal Xbox One game, you are playing an Xbox Preview game and it shows. Frame rate issues are frequent and heavy at some moments, making it a difficult task to aim. This improves when you end up facing less than 99 other players though. Getting a party started had some issues too but nothing that a quick restart of the game didn’t fix.  As with all Xbox Preview games that I played, frame rate issues have been present with all of them and I’m sure this will be a priority for the developer and will be improved a lot in the coming weeks and months.

Despite releasing in an unfinished state (again this is an Xbox Preview game) PlayerUnknown’s Battleground is the most exciting and tactical experience I had on consoles in more than 10 years. The adrenaline rushes you get from playing this game is unlike anything else and is a dream for tactical online gamers. I will make a bold statement but it is Microsoft’s smartest idea to support this game since they decided to buy the Halo franchise. We don’t know the details behind the exclusiveness but it seems a very long one, at least a year. (might even be a real exclusive) Every day that PUBG is exclusive for the Xbox is a reason for real online players to buy an Xbox console. Even in this early state it is the most fun tactical online game to play and PUBG didn’t only start a battle royal revolution it might single handedly sell an awful lot of Xbox One consoles.