It’s been a rough couple of years, but that’s what made Saturday, October 30th all the better. I went to our very own version of the world-famous Comic Con’s in Tour & Taxis in Brussels. I’ve been to most conventions of note in Belgium. From spending the weekend at FACTS (always in autumn for me) to having volunteered at 1UP right before lockdown, Comic Con Brussels was a clear gap in that list.

So as I entered Comic Con, the key reasons why you come to these events become readily apparent. Loads of people wearing cosplay or pop-culture inspired clothing, various authentic or closely replicated set pieces from shows of old, a large crowd gathered at a podium and of course the ever-present merch vendors. This edition was separated into 3 main halls and two smaller side halls. 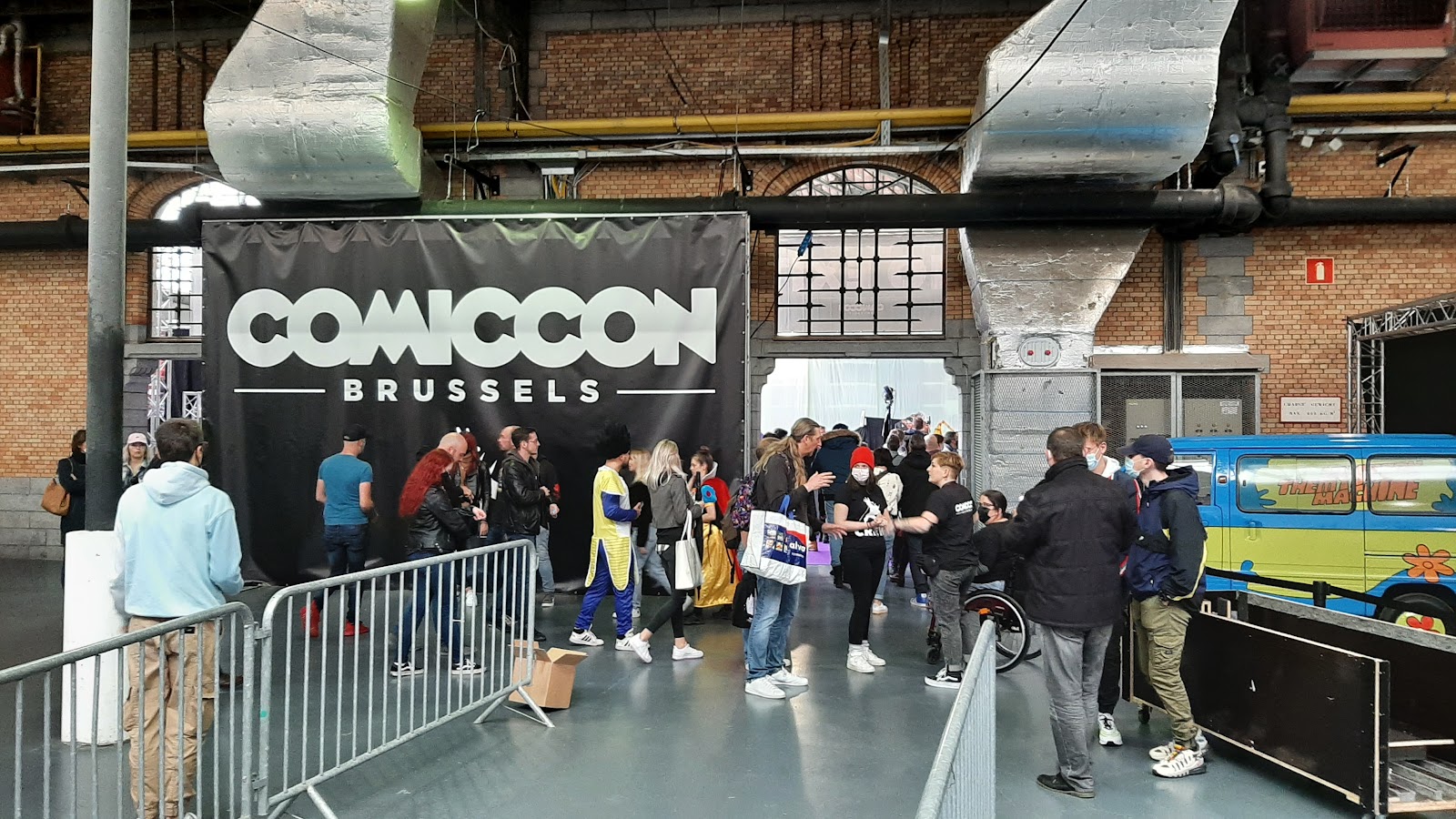 The first hall was all about celebrating the culture and was packed with events and booths about it. Immediately to your right when you enter you could see the A-team van and the Delorean from Back to the Future. Going straight on was the Atomic stage which hosted various Q&A sessions and cosplay contests. When I arrived they were holding a Q&A with Evanna Lynch, probably known to most as Luna Lovegood from Harry Potter.

As I made my way deeper into the bowels of the Convention, I passed a wrestling ring. I took note of it as it was empty at that point in time. A bit further into the afternoon, I managed to get a decent spot when 2 fighters were duking it out. It was quite the spectacle to see the bodies hit the floor from up close. Onwards to the next big hall where I found myself in quite a different place than before. Half the hall was reserved for actors to hold signings, while the other half went on in your typical convention setting. Despite the fact that nobody had shown up on the other side of the desks, many people were already lining up for an autograph of their favourite actor. When I passed by again later on I did see some of the esteemed guests, like Silas Carson who played Ki-Adi-Mundi in Star Wars The Phantom Menace (the Jedi with the really long head).

On the other side of the hall, you first had the artist alley. Here artists set up to showcase, and if you like what you see, sell their pieces. Prints, stickers, wood carving, badges, pins, keychains and more. You can find all of them here. Personally, I’m a sucker for prints to frame and hang at home as well as pins. It’s always so wonderful to see the character of artists shine via the things they create. 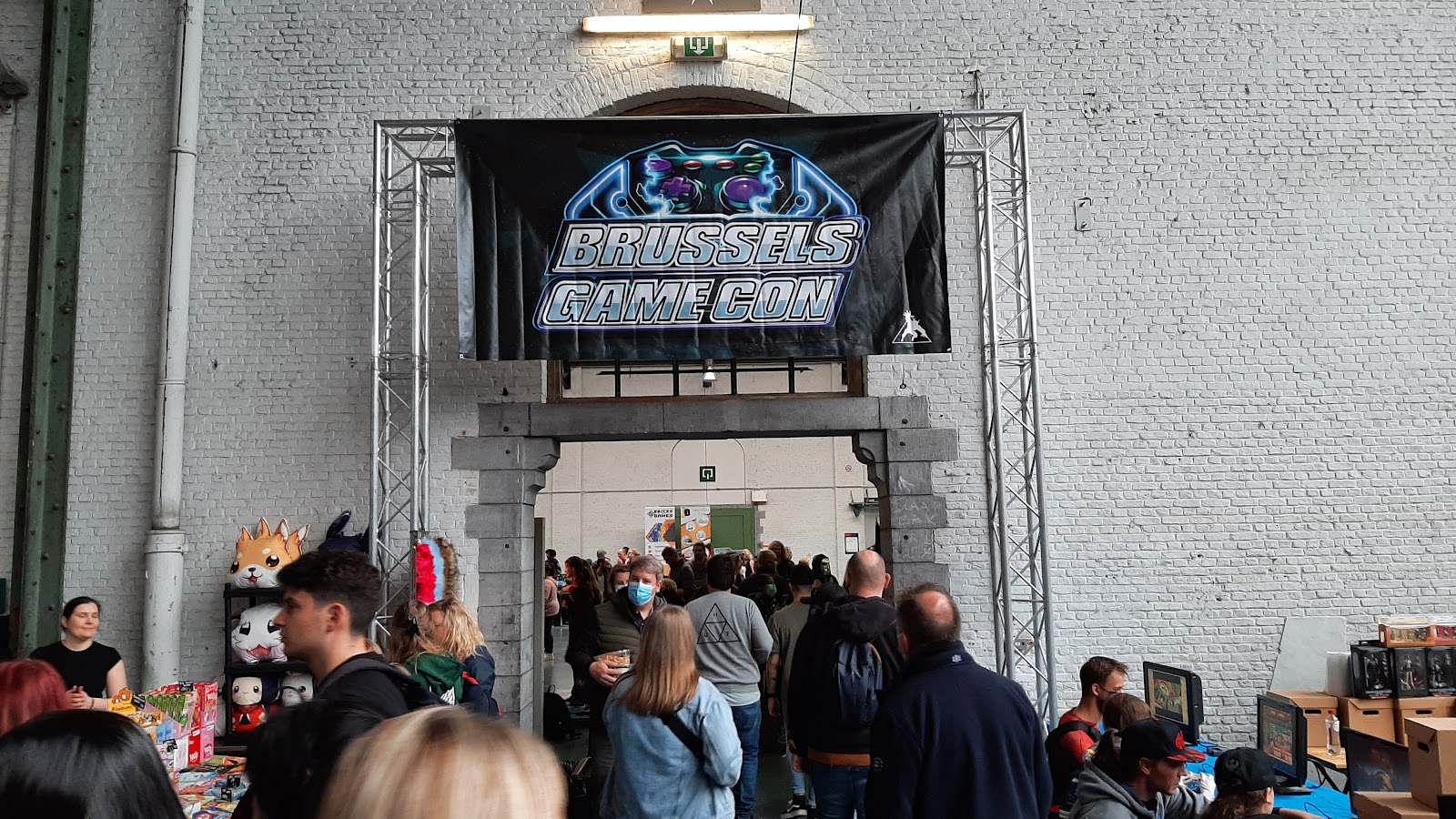 Going onto our first side hall, we had Brussels Gamecon. Here you could play games like Dance Dance Revolution (no convention is complete without it), Just Dance, a double Taiko No Tatsujin drum set and a variety of arcade-style games. All in all this area was rather small, but there was a good amount to do, and people were enjoying themselves playing games together. I didn’t join in with any games myself, but it was a lot of fun to see others try out stuff they’d never done before or step out of their comfort zone to partake in something new.

From there you could move back to the guest and artist hall, or move on towards the food court, which is aptly titled: “NOMNOMNOM”. Besides your typical fried foods, the people from Onigiri were present as well, serving a long line of hungry geeks their oh so delicious riceballs. There was also a crêpe / waffle stand, and even a place to get boba (bubble tea) which sold out more and more every time I passed there. Ample benches and tables were provided here to sit down and eat. From what I’ve seen over the years, this might have actually been the most well-estimated amount of seating in a food court to date.

So lastly that leaves just the final main hall. I kept this one for last, as it’s sure to prove to be like the final boss for both your self-restraint and wallet. The Dealers Labyrinth as they called it was a hall filled near exclusively with booths selling that sought after merchandise. Figurines? We’ve got ‘em! Funko Pops? I dare to look in any direction and not see one! Videogames old & new? Do you want the latest (not yet infinite) Halo or a dusty NES cartridge? On that note, I picked up a physical copy of the recently released Cristales. One thing that was strangely rather absent from Comic Con were comics. I did find a couple of stands that had a fairly impressive selection, but these were the exception. I guess I don’t know what I should expect, but I was rather hopeful to at least pick something up to read. 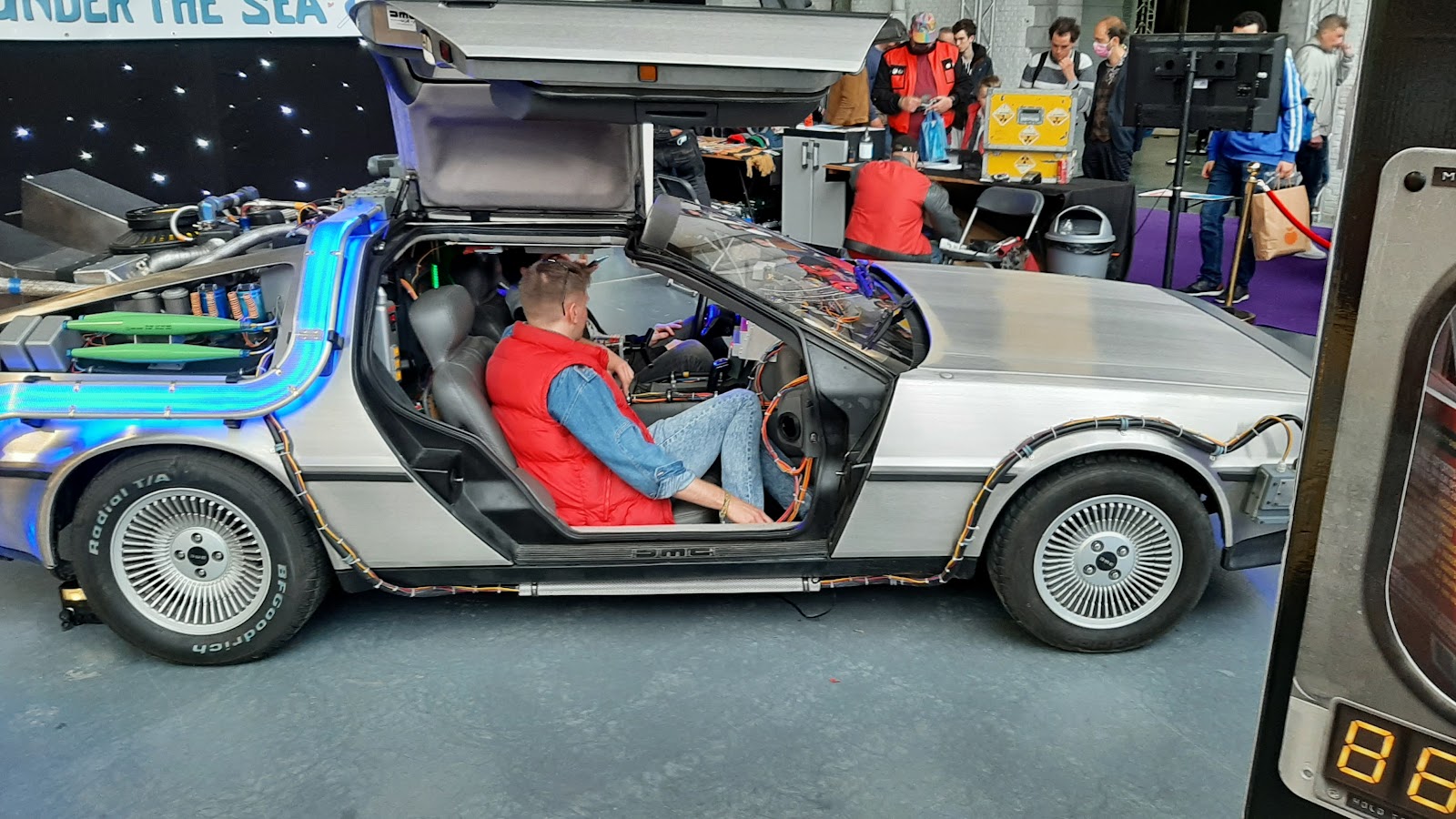 So there you have it, a brief summary of what Comic Con Brussels was like this year. Given the global circumstances at the time of writing, it was a lot bigger than I expected. It definitely felt like there was a good showing, as people clearly missed events like these. I know one thing for certain, next year I’ll try to see if I can’t drag some of my fellow writers along.

Now wasn’t there some other convention approaching rapidly?

Hey there. Thomas is the name, Sci-fi, action and (J)RPG’s are the game. I strongly prefer co-op over PVP games. Whenever possible, you may find me run wild at a convention in western Europe. Certified anime enjoyer.