Sometimes an indie game developer comes up with a great concept so unique that the execution is very difficult. Most of the times the developer fails to polish it enough so the game isn’t fun. Lovers in a Dangerous Spacetime has that very rare combination of great concept and perfect execution.

Every once in a while, not so many as I would like, a co-op game comes out that manages to amaze me. Never Alone, Child of Light  and Ilomilo comes to mind. Now Lovers in a Dangerous Spacetime is the next big co-op thing for all Xbox-gamers. Without a cooperative buddy the game is still fun, and even recommendable but it truly stands out for what it was made, co-op play. It’s a shame that we don’t have an online mode to play but it’s forgiven, the game is simply to much fun. The required teamwork to fly, shoot in all directions and shielding yourself, while running all-over-the-place with your cute colorful character is one of the coolest and most clever co-op mechanics I have ever seen in a videogame. 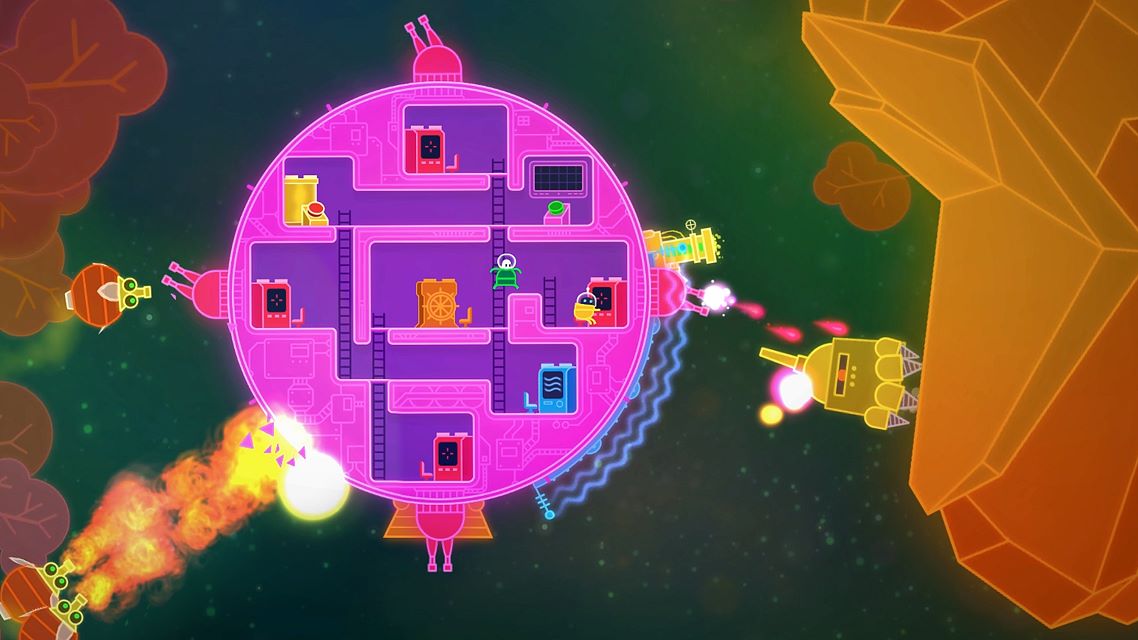 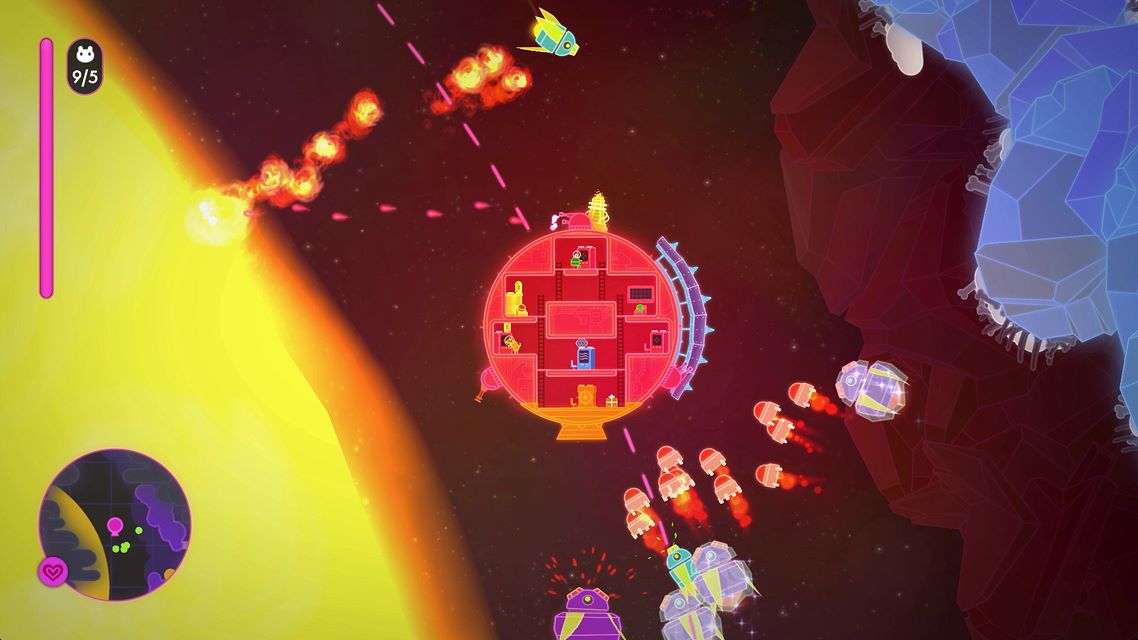