Dungeon crawler Unepic has arrived on Xbox One and kicks of the 2016’s ID@Xbox catalogue in a very good way. With addictive gameplay, funny movie and game quotes and a graphical history lesson! 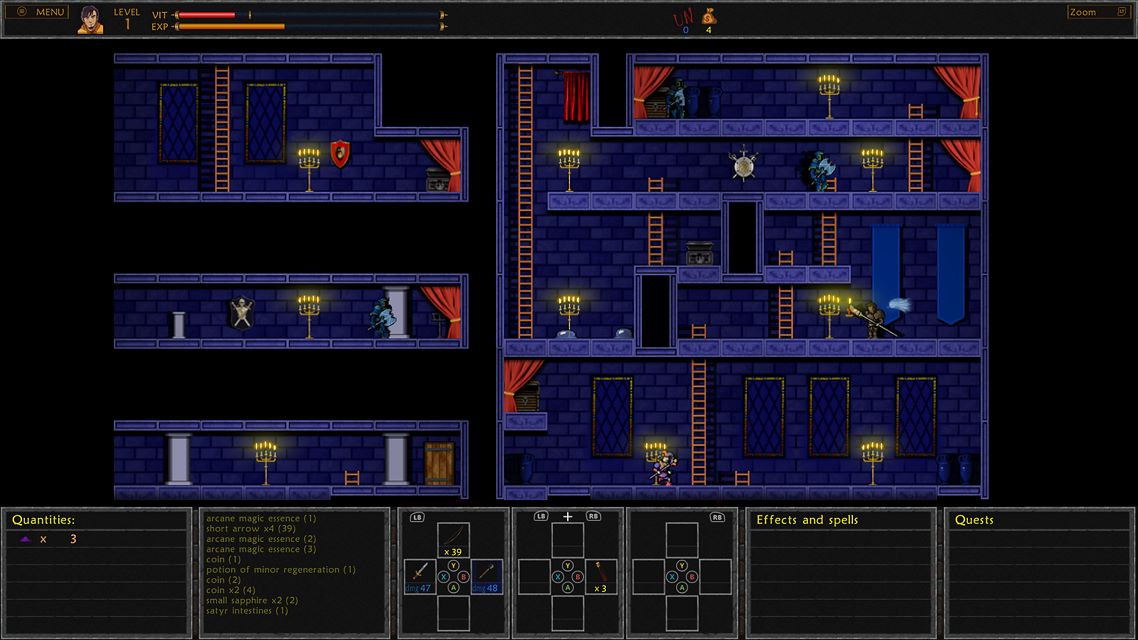 Don’t let the screenshots misguide you, while it’s very basic  the game has a nice looking NES-like look. With mood-setting cutscenes and wonderful spoken dialogues Unepic will, step-by-step reveal it’s story. What makes Unepic really special is the way you can play the game, you  pick whatever element you want to improve on your character and it changes the gameplay in a big way. Personally I went for the mage way, being a powerful wizard and killing enemies from a distance has always been my favorite way in any game.

For some mysterious reason your game character has found it’s way in a huge dark castle full with enemies, traps and bosses. You get possessed by “Zeral, the ghost” resulting in some funny dialogues with game and movie references. One of the possibilities is lighting up the castle with torches and candles (gives you achievements too) and that’s a surprisingly fun thing to do. 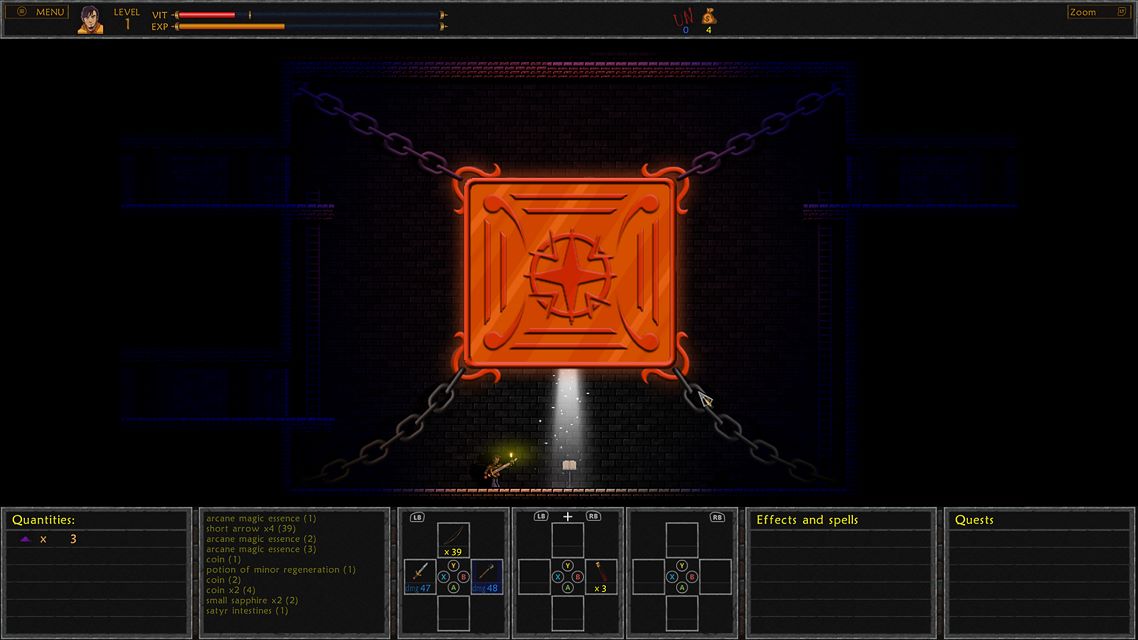